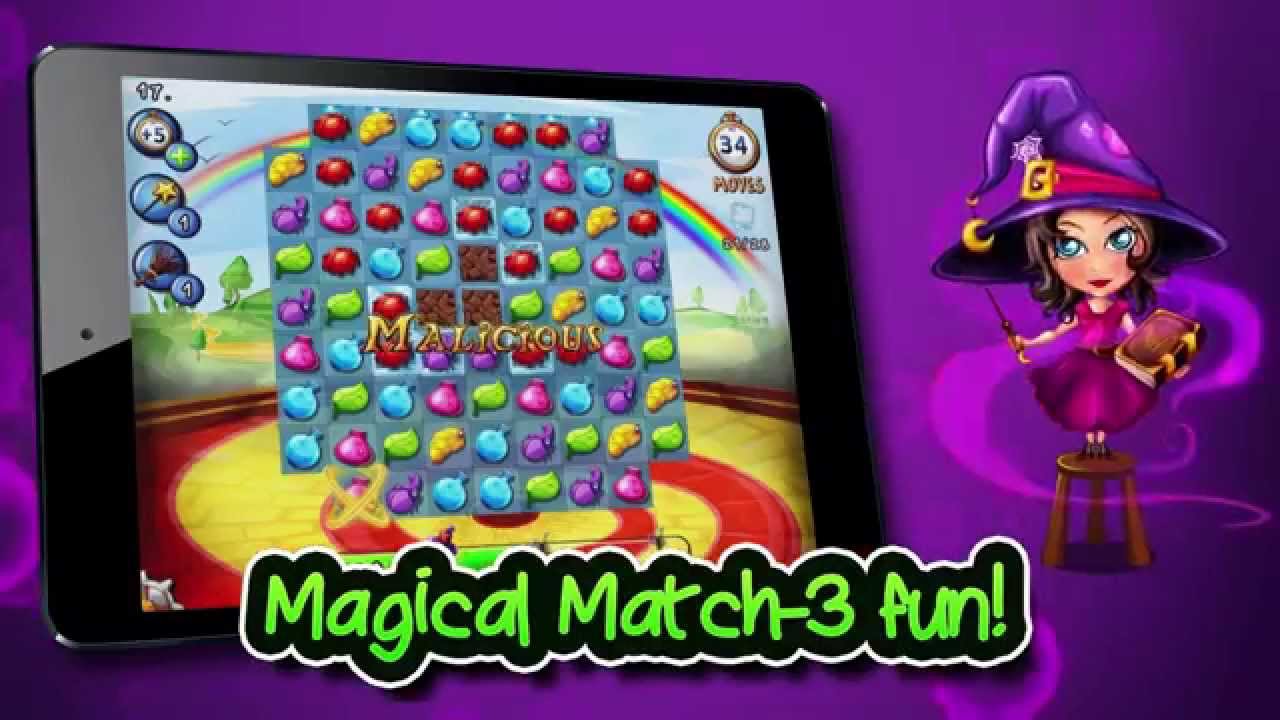 Match magical ingredients to solve over 100 levels in this enchanting and addictive puzzle adventure!

Brew magic potions, elixirs, charms and philters for adorable fairy tale characters in this adventure of sorcery and witchcraft. Start brewing now and show your friends that you're the best witch to be found!

5 STAR FEATURES:
. Easy to learn, hard to master
. Colorful and vivid graphics
. Over 100 exciting levels with challenging obstacles
. Leaderboards to compete against your friends through Facebook
. Seamless synchronization with Facebook
. Boosters to help you through tough levels

So what are you waiting for? Plenty of magic potions are waiting for you in the most addictive game on Facebook. Play now!

Please note that Witchy World is completely free to play but some in-game items such as extra moves or lives will require payment.

Best matching game ever another excellent puzzle solving game I love as much as this one is Genies and Gems!
more less

In the beginning, I could buy a number of boosts for 4.99. Then, I only got 9.99 offers. The support team said they would reset the AMOUNTS for me. Instead, they reset my game to the very beginning. I had already paid a good deal of money to get to the advanced level that I was at before the reset. So, that money is lost. Now, I’m not offered any boost packages whatsoever. In addition, the gold bars periodically disappear even though I never use them. I had 25 gold bars that were suddenly reduced to two. I lost that benefit too. They use tricks to get you to buy more than you should. Unfair. And the support team doesn’t do a thing to rectify the situation. Good luck to all of you.
more less

- Get ready for the Valentine's Day event
- Bug fixes

- Get ready for the Christmas event!
- New episodes and levels
- Bug fixes

- Get your daily reward with the magic wheel!
- New episodes and levels
- Bug fixes

- Get ready for the Easter event!
- New episodes and levels!
- Bug fixes

- Get ready for the Valentines event!
- New episodes and levels!
- Bug fixes

- Get ready for the summer events!
- New episodes and levels
- Bug fixes