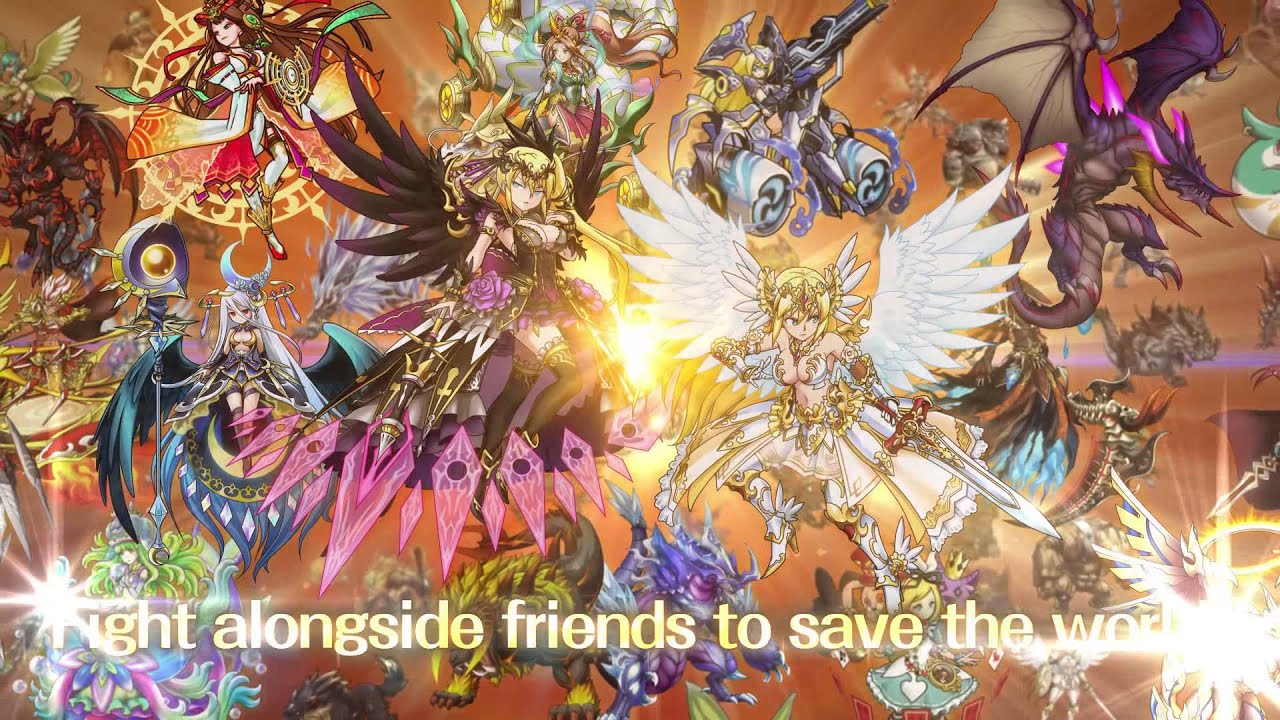 Take up arms and play with others all over the globe in intense co-op battles!

Take up arms and play with others all over the globe in intense co-op battles!
see more about Unison League

GAME FEATURES
▼Real Time Co-Op Quests
Steamroll any ugly monsters or other players that get in your way with up to 4 friends at a time!
▼Fully Customizable Appearance
Dress to impress and create a unique combination of face, hair, and gear to make your mark on the world! None will forget the heroic deeds of Bananaface.

▼Intense Guild Battles
Epic guild battles allow for teams of up to 10 players to duke it out in real time! Strategize and dominate!
▼Stunning Unison Attacks
Coordinate with your guildies to unleash eye-popping Unison Attacks that will have your enemies crying in fear!
▼And Much More!
- Customizable room that your friends can check out and visit!
- Collect and upgrade gear!
- Learn new abilities to unleash in battle!
- And more!

[Price] Free to play (in-app purchases available)
[Supported Devices] Devices that come standard with Android(TM) 4.0 or later (excluding some devices)
*We are unable to support and compensate for use on devices outside of the supported range.
*A Wi-Fi connection is recommended for the optimal Unison League experience.
*Before playing Unison League please read the End User License Agreement, which can be accessed from the in-game menu.

Battle alongside friends and unleash over-the-top special attacks! A new style of real-time RPG!
Awesome real-time play that will keep you on the edge of your seat!
Team up with other players to unleash "Unison Attacks" that can call forth massive creatures to pulverize foes!

▼Intense Guild Battles!
Epic guild battles that allow for two teams of up to 10 players each to duke it out in real time!
Work together and form the strongest tactics to destroy your enemies' Crystal and reign victorious!

▼Decisive Unison Attacks!
Fuse Unison Summons with your guildies to unleash Unison Attacks that can call forth powerful entities to eliminate enemies!
Mesmerizing attack scenes that will take your breath away!

▼Quest with Friends in Real Time!
Brave the various terrains of Granvia with up to 5 friends at a time!
Collaborate tactically or opt for all-out brute force to take down the monsters you encounter along the way!

▼Communication with Others Is a Snap! Chill out in the Lobby!
Easy-to-use mid-battle chat for timely commands and adorable character animations for comical in-game lobby conversations!

▼Multitude of Features!
Battle or "Spawn" for weapons, armor and monsters!
Carefully select Gear with the best affinity to your Class to yield the greatest results!
Obtain special materials to evolve your Gear so that they realize their true potential!
Earn "Proficiency" to learn new Abilities and harness even greater might!

*We are unable to support and compensate for use on devices outside of the supported range.
*A Wi-Fi connection is recommended for the optimal Unison League experience.
*Under certain conditions, the game may fail to run smoothly. If you experience choppy gameplay, force-closing the app, rebooting your device, and clearing your cache may improve performance.
*Before playing Unison League please read the End User License Agreement, which can be accessed from the in-game menu.

I love playing this game. Sure, it gets a little hard, even for me (whose been playing for close to a couple years now), but it's still a great game and a fun time killer. But I'm experiencing a problem. I don't know why, but ever since the Collab started, I'll get like 2 minutes before the game just crashes. Picture's of the Collab just aren't there, and whenever I try going into my inventory where something from the Collab is, it crashes. I really hope this issue can be fixed someday!
more less

As a new player I do have the same point as most newest comments, it seems like too whenever opening the summons feature or gacha, the game becoming too passive to connect to the server.. Ended up too long and takes time then crash, or stuck at loading. Would be a great time to try if this issue is getting fix soon. It's getting worse, too much freezing scene and crash to play.
more less