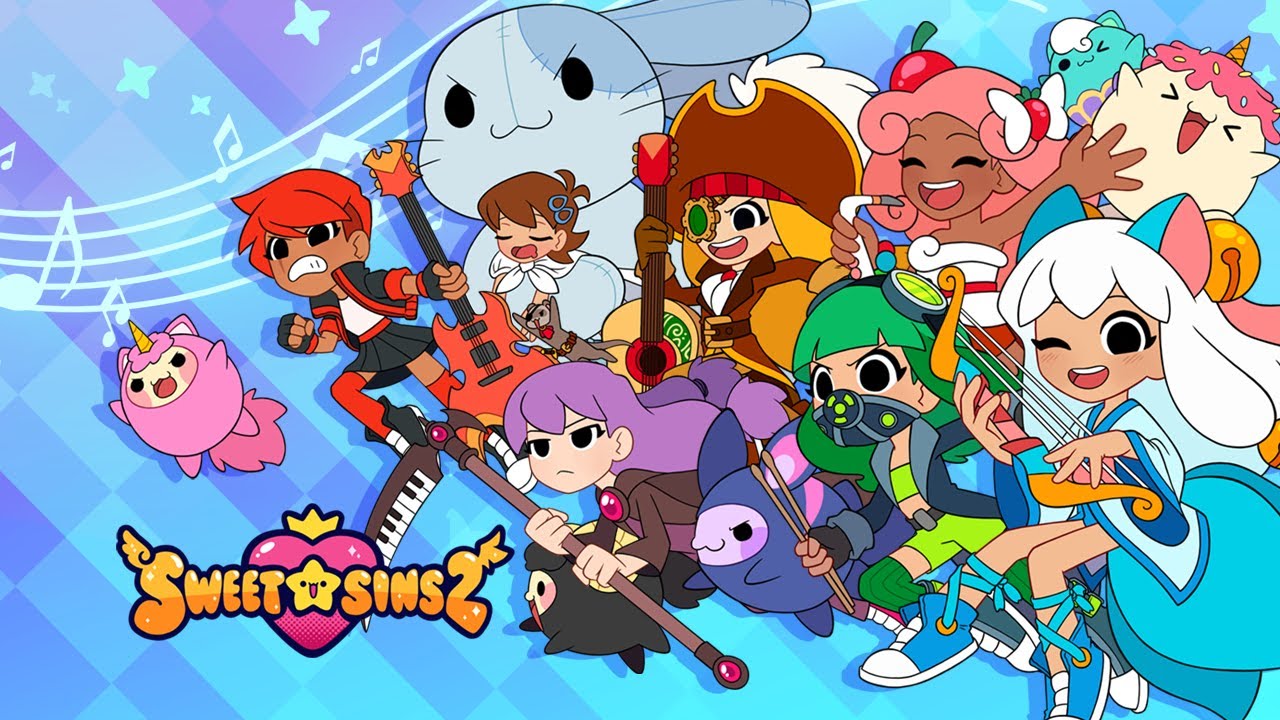 Sweet Sins Superstars 🎵 is the ultimate anime-like musical game where you fight enemies to the rhythm of the music!

Save Musicalia from the evil Queen of Silence!

No additional purchases are needed to finish the game.
No internet connection needed.

❤️ This game is in an early stage of development so your feedback means the world to us! Please if you have any suggestions email us at support@platonicgames.com

READY FOR A FUN MUSICAL ADVENTURE? Download for free the best rhythm game in the history of ever! 🎵

This game is fun AND addicting. It's been a blast trying to master each song, and unlocking adorable characters. Great job guys! Edit: I see a lot of reviews comparing this to MuseDash. While I've never played MuseDash because it just had to cost ONE dollar and couldn't have just been free, I think you should take this game as it is; it's fun, it's cute, and even if it is a "knockoff" it's still a pretty well made game. (Besides, it's free, and the in-app purchases aren't annoying.)
more less

I get that it is common to have knock-offs/free-version of other fun games made for PC to appear on mobile, right. But there was barely ANY effort put into making this it’s own game. The “Fever” and “full-combo!” Sound affects are exactly the same as muse dash. Minimal effort was put into the characters/art/enemies and some of the same voices and rhythms are recycled even in the first few songs. If you are gonna capitalize off another games ideas/system, at least put effort into making your own style or music. This is kinda just minimalist and tacky. On the flip side, no major problem in gameplay or navigation, so I guess they successfully copied muse dash? And then gave up.
more less

🐞 Fixed many bugs and performance issues

- Fixed many bugs and performance issues.

50% Off
$22 Off for Students
65% Off
Free Delivery
1 Reward Night
$50 Cash Back
Buy 1 Get 4 Free
$5 Off
Free Gift Pack
2 Free Months
3 Month Free Trial
Free Trial
Register for a free AppGrooves account to...
Access Exclusive Coupons & Promo Codes for the Top Apps & Games
Bookmark, Review and Recommend Apps with the AppGrooves Community
...and So Much More!
Let’s get started!
Already Have An Account? Sign In