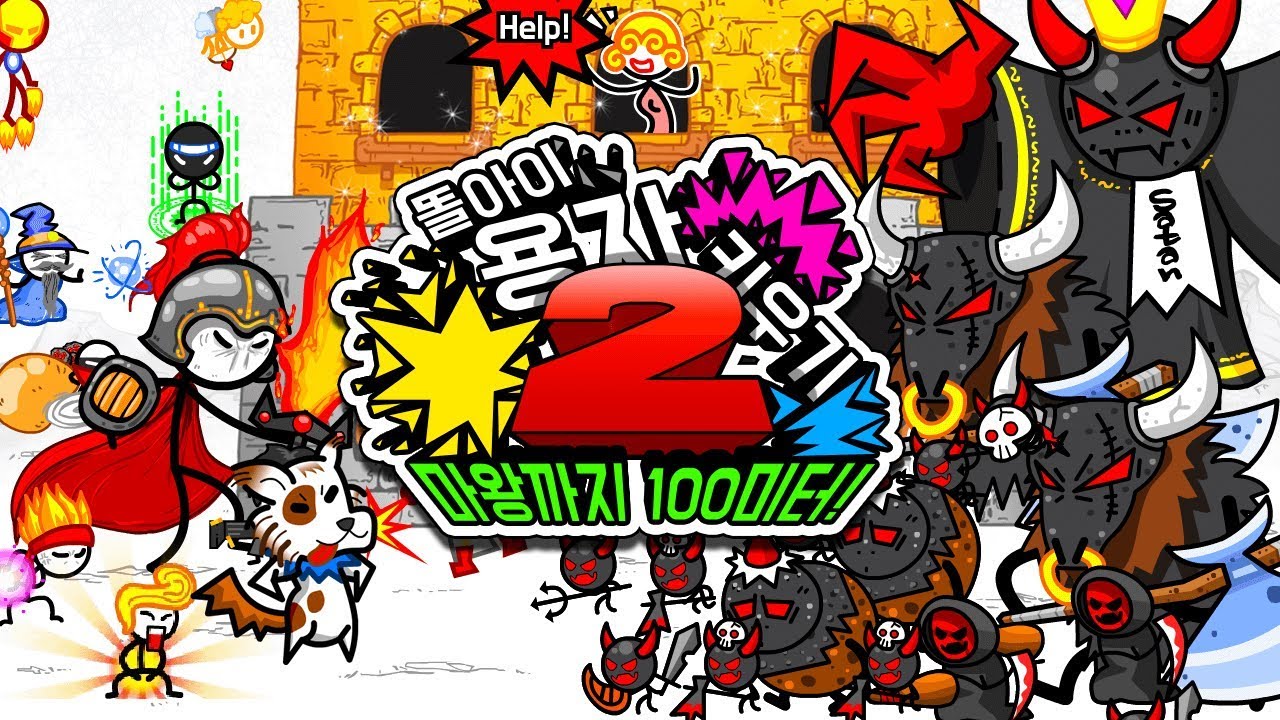 The strongest child, you are back!

Back to Stupid Hero Raining 2 Tap

▶ Boss battle where Satan boss appears!
Back off the stinking demons! Finally, with the emergence of mid-sized mid-size boss "Minotaurs" and the strongest boss "Satan", a battle battle between the user and party members will take place!

▶ Added new level and new network system!
If you try to clap hard, you will grow up your inner self! However, when something is lacking, you will be rewarded with "this life is ruined!"

▶ More dramatic stories Adding and directing a sad story!
I added a cartoon-style storyline to the story of boredom, and when the mode fan of Super Introduces the mode, it dramatically attracts the audience and brings a dramatic chaos to the game!

▶ Newly added party members and automatically activated Sung Seok can now be used when the user needs it!

▶ Addition of a lonely man's companion dog to a child's apparition!

▶ Up to the chance of a bonus due to the occurrence of a sudden break event in the game!