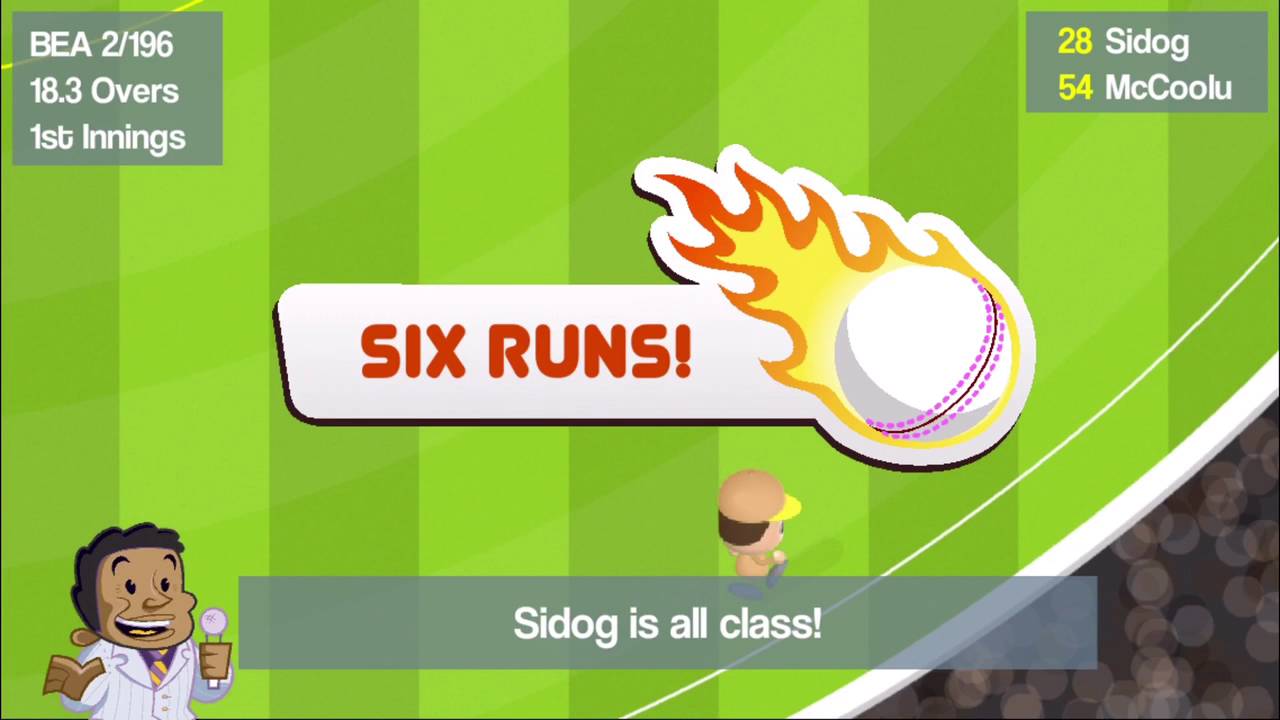 Get your Beastmode on in the all-new Smashtastic Cricket!

Batting is fun and intuitive with easy to learn swipe controls! The super addictive gameplay is easy to pick up but hard to master!

CAREER MODE
Play a career spanning up to 20 years and up to 60 tournaments! Play for your club in the Big Smash League and then take on the worlds best clubs in the Champions League.

INTERNATIONAL CRICKET
Get good and the selectors will pick you to play for your national side in the Cricket World Series and the T20 World Cup!

BUILD YOUR CHARACTER
Level up your batsman by scoring runs and winning games/tournaments. You then decide where to spend your skill points across Hitting, Power, Fitness and Spirit.

COLOURFUL COMMENTARY
Unique in game commentary system will keep you entertained for days on end. Finally no more banal stories about the Ashes tour of 1898 just straight up snarky comments about the outrageous state of the cricket industry!

LEGENDARY REWARD DROPS!
Scoring 50s and 100s will give you random rewards from Common Oranges to Epic Tacos and Legendary Kranskys! These rewards will add significantly to your batting skills!

LEADERBOARDS
Set some run scoring records on the leaderboards and see how you measure up against the rest of the world. Most career runs, highest innings score and fastest century are just a few of the leaderboards you'll be able to compete for glory on!

If we do not take beast mode then you will regret downloading this game because in the final match of any tournament of this game they will set you insurmountable targets like 536 in 20 overs and then when you are batting your score will be like 3 runs 3 wickets .I do not recommend downloading this game instead you can play this game on your laptop means the online version
more less

There are no other apps available from this developer. You can compare other apps by clicking on "Add Your Own" below.