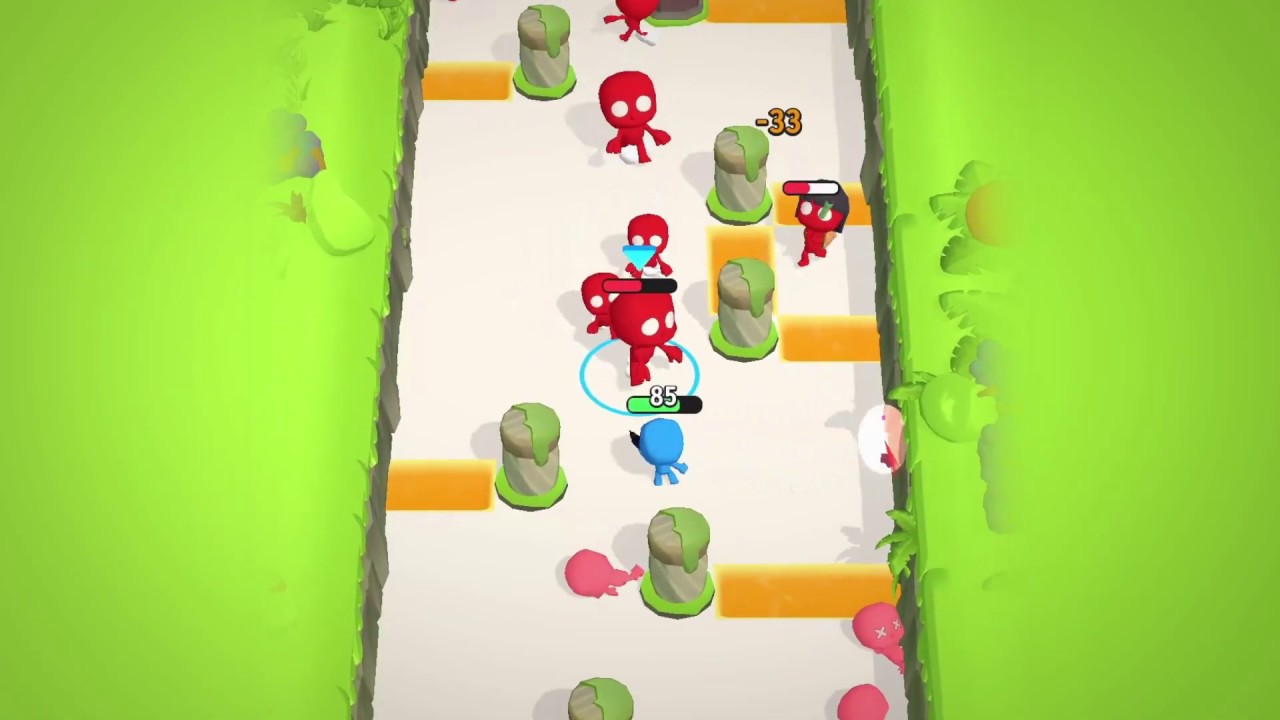 Grab your gun - collect power-ups, dodge bullets and shoot all monsters up!

Be a Loot Games Hero!

Switch to your hero mode and play the role of a leader, armed to the teeth in this exciting run and shoot game. Use your active reaction speed and skill to overcome all obstacles, shoot em up in a single go, exhibit bullet dodge mastery and defeat enemies in action adventure game.

Unlock Game Boosters
Are you someone who gets bored of monotonous target shooting? We get you. The latest target shooting is designed while keeping the principles of fun in mind. As you bullet dodge, you collect points and increase your chances of survival. You will grow stronger by finding upgrades like homing missiles, mines, bullet waves, health restorer and shields.

Change Your Looks
Now you can unlock new clothing items and complete outfits in the run and shoot game. Collect all the cute outfits and play different levels of various worlds in different gun shooting outfits.

Defeat Deadly Bosses
Enter Gun shooting boss levels and fight against different, deadly bosses. Shoot em up by using your best gun shooting skills. Keep an eye on the boss life meter and shoot the boss until he runs out of life. When you are finally done with defeating the smaller enemies surviving sudden waves of bullets in easy stages, a final boss will challenge you in the final stage. Play as quickly as you can to weaken and defeat the boss eventually.

Enter New Loot Worlds
Clearing one action adventure boss level will take you into another target shooting world. Play against different enemies in every action adventure world. Run and shoot to survive a world and enter new challenges. Every world offers new enemies and you will be required to adopt new target shooting loot games strategies in order to win.

Enjoy creating countless combinations of unique skills all designed to help you survive in loot games. Explore all the worlds and prove you are a true hero! Download and play Shoot n Loot – Action RPG Battle today!

Playable with one thumb and designed to be instantly picked up and enjoyed - the nonstop roguelike action of Shoot n Loot awaits!

You will play the role of a hero, armed to the teeth. Your character will need your reaction speed and skill to overcome all obstacles, dodge endless waves of bullets and destroy enemies. You will grow stronger by finding upgrades like homing missiles, mines, and shields.

- Fast paced Shoot'em up experience on the go
- Unique skills to help you power up strategically
- Various different type of enemies and monsters
- Challenging new worlds that await you every time you defeat a boss!
- Auto-aim shooting mechanism for super intuitive control.

Enjoy creating countless combinations of unique skills all designed to help you survive. Explore all the worlds and prove you are a true hero!

Awesome game, it's like archero but a million times better and not money hungry. Only loses a star because in the second world there is an enemy who can dig under the ground and emerge to attack ... He got stuck underground and wouldn't come up and completing the level became impossible, made me lose my chest which had built up a lot, I was salty.
more less

Very poor hit detection. Such a shame. Items on the ground will stop you moving. Cool mechanic. Poor implementation. I have lost my life watched a video and then died again unable to move. I have died to nothing at all. I was going to spend some money in this game then the archero scams fired up and no money for you guys. Make a fair and good game
more less

On top of that, we did a whole lot more to enhance your experience!
- Fixed numerous bugs
- Did a lot of tweaking
- Improved animations and effects

And much more! Be sure to try it out and let us know what you think.