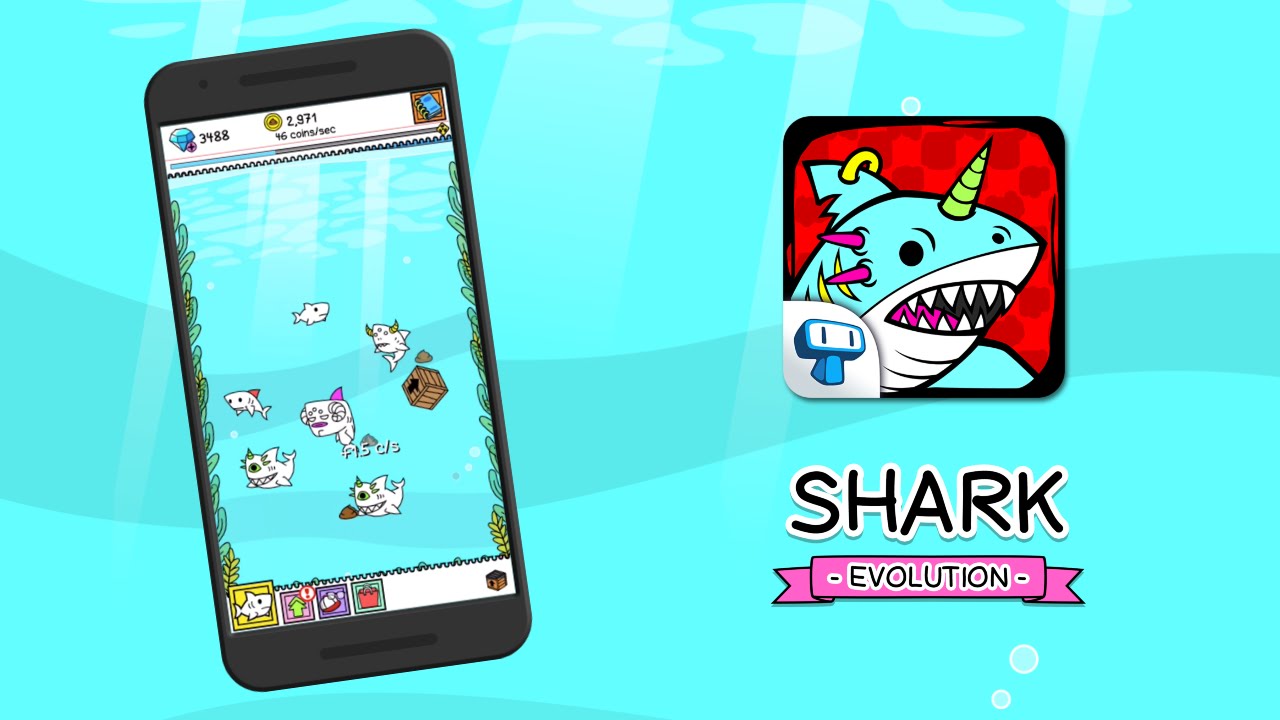 Combine sharks to create mutants and take over the world!

Feared by many, a force of nature, the obsession of way too many screenwriters in Hollywood… That’s right, you got it: SHARKS! Sharks are the lions of the sea – they’re regal, astute and, above all, carnivores.

It might be those big bulging eyes or the lack of a silky mane, but they’re actually waaaay scarier than their terrestrial counterparts. This is why we decided that YES, the world needs a sharklicious version of the Evolution saga (maybe we just want to see the world BURN)! It’s a new wave of entertainment!

Why settle for an ordinary shark? Sharks are scary by nature but with a little help of Shark Evolution they can get EXTRA scary and you can create and develop many fishy shark species, just combine them to see them evolve! Have a sea of fun mixing, matching and combining these villains of the water world!

FEATURES
• Pantheon: a new place for supreme beings to look down on us mortals and laugh at our misery
• Impostors: watch out for impostors trying to steal the spotlight from the sharks

HIGHLIGHTS
• Different stages and many shark species to discover
• A mind-blowing story yet untold
• The unexpected mix of alpaca-like evolution, 2048 and incremental clicker games
• Doodle-like illustrations
• Various possible endings: find your destiny
• No sharks were harmed in the making of this game, only developers

its a great game I love it so much it will be my favorite game for a long time I played for 3 years and I spent hours on this game if you want past time get this game it is amzing not going to lie it is outstanding:) :) :)
more less

I remember this game from a while back it was the first mobile game I had! And i had finally remembered the name so i downloaded the app and tried opening it but keeps crashing on me
more less

$22 Off for Students
50% Off
65% Off
Free Delivery
1 Reward Night
$50 Cash Back
$5 Off
Free Gift Pack
$40 Off
2 Free Months
3 Month Free Trial
Free Trial
Register for a free AppGrooves account to...
Access Exclusive Coupons & Promo Codes for the Top Apps & Games
Bookmark, Review and Recommend Apps with the AppGrooves Community
...and So Much More!
Let’s get started!
Already Have An Account? Sign In