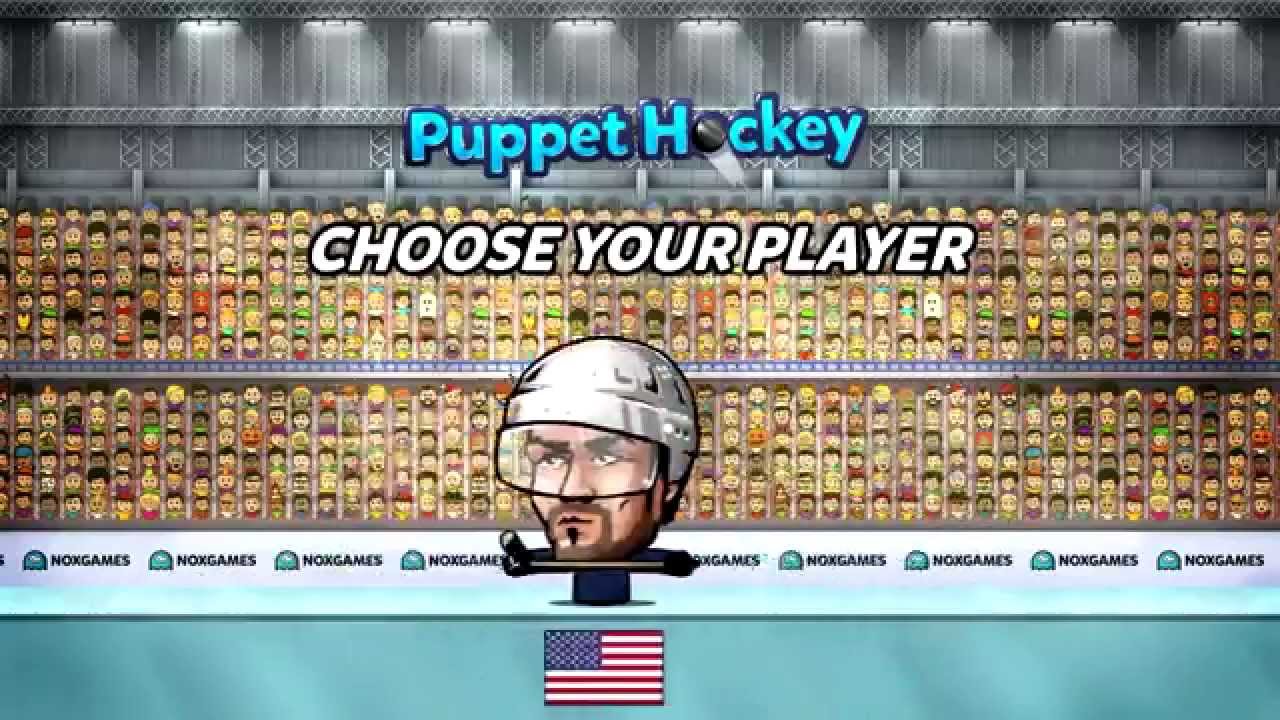 Sharpen your skates, put on your jersey and grab your hockey stick. Puppet Ice big head Hockey games present new era of hockey fun. Who will be in your star team?

This is not some pond hockey this is world class tournamet. Prepare to train overtime, practice slapshots, nofeet body check, cross checks, aim to top shelf and keep scoring!

Choose your puppet big head hockey team and play for your favourite or play with your friend on one device. Train players and improve their speed, goal experiences and heal injured. Do everything to destroy all enemies. Use body check or cross checks. At the end you will be on the top of chart.

Be careful, the game is full of twists. Be prepared, gain bonuses and use it – ice for freeze, slime or gypsum. With increased stats you can open new arena and get new players. Collect the most famous players and win whole tournament

We will be glad for your feedback. Enjoy our PuppettHockey game.

Sharpen your skates, put on your jersey and grab your hockey stick. Puppet Ice Hockey presents new era of hockey fun. This is not some pond hockey this is world class tournamet. Prepare to train overtime, practice slapshots, nofeet body checks, cross checks, aim to top shelf and keep scoring!

Focus on the fun on the rink:
- Funny cartoon caricatures
- All the famous ice hockey sock puppets and teams from 2014/2015
- Silky smooth gameplay available for every device
- Big head fun 2-player mode in splitscreen multiplayer

Faceoff, crossed sticks, body check, cross check it is all there. Watch out for holding and roughing, your nofeet puppets might look loony, but they can be dangerous.

Get ready for every match. Are you offensive slapshot type? Can you shoot hattrick in top shelf like Jagr?

If you are defensive goalie guy watching your top shelf, you will find your place on the rink. Keep forechecking and roughing and save like Hasek.

Change your controls to suit your style to give your marioneta players the best chance of victory. Practice forechecking, holding, roughing, crosschecking overtime to make yourself a marionette master on the rink. Play nofoot striker, goalkeeper, defense and wing all at the same time…

Ballanced difficulty suits to all players, but this tournament is the best for casual puppeteers, it is easy to hit top shelf with any slapshot. Nofoot puppets skate easily.

The game is fun and but it keeps crashing after every game so I haven't gotten past the first round of the tournament. It seems like it has the potential to be a 5 star game in my opinion. I'll wait for an update and hope that bug gets fixed. I have a Galaxy Note 9.
more less

Was great until you get in a match and the move buttons don’t work or the shoot button. Don’t spend any money on a game where the controls don’t work. Would be fun but I’ll stick to other games that actually work so I don’t lose tournament games because I can’t move my character. Would be better if it worked.
more less