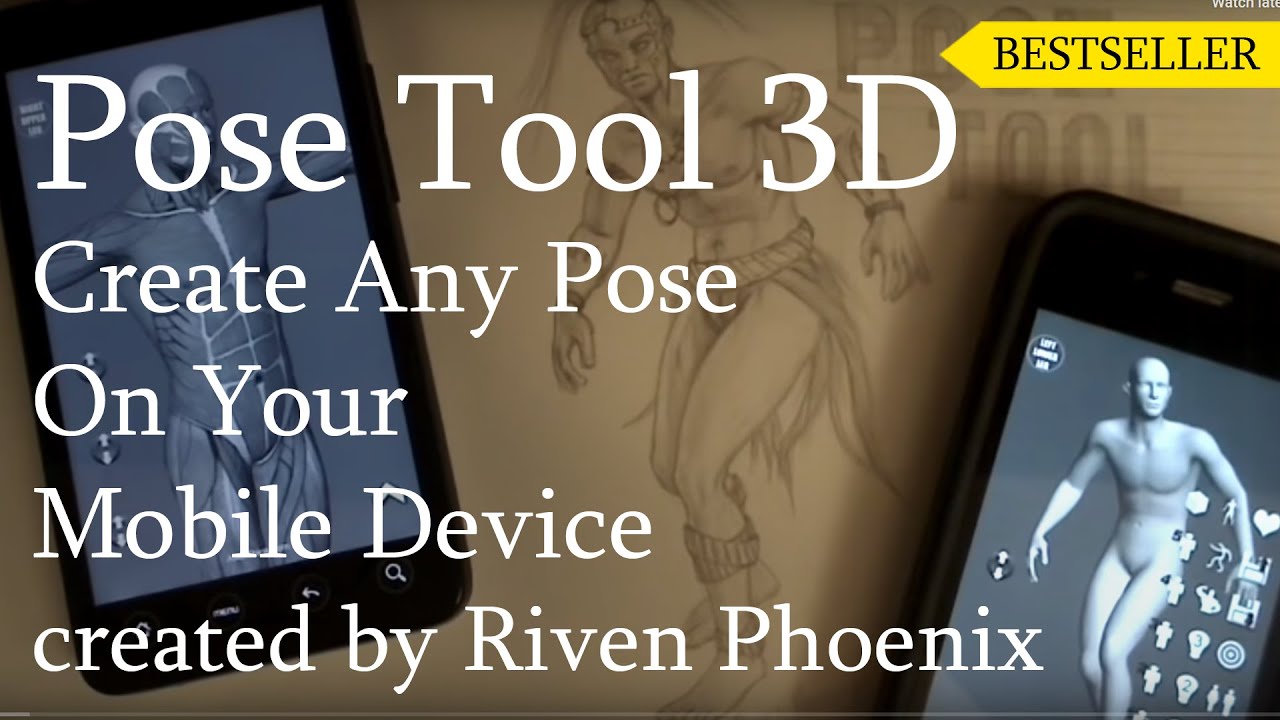 3D Figure Posing Tool for the Artist, create any pose quickly for your art.

3D Figure Posing Tool for the Artist, create any pose quickly for your art.
see more about Pose Tool 3D

Breakthrough 3D figure posing tool for the artist. Pose Tool 3D was declared the Top 10 must have App by ImagineFX magazine. Now you can always have your very own reference model with you. You can create any pose quickly with an easy to use pose interface. Its simple, just select the body part and then pose the figure. You can pose both the male and female figures. The coolest feature most important to artist is the figures use no constraints allowing geometry to intersect. This allows Artist to pose from realistic to extreme poses. Use it for Drawing, Manga, Illustration, Character Design, Animation, Story Boarding, Comic Books. Pose Tool 3D app comes with tons of features not found anywhere. It was designed by the artist Riven Phoenix author of 'The Complete Drawing Course HD' used in over 171 Countries.

- One Finger - Orbit around figure

- Two Finger Pinch - Zoom in and Out and Pan at the same time. This feature gives you the ability to setup dramatic shots for your poses quickly. Very powerful feature.

- Pose Hips for complex angles. You can reset hips at any time with pose reset icon.

I know 3 stars is very harsh but i find the adjustment to pose the mannequin is too hard and time consuming. I need each part to move by touch and drag, rather than a tap2 button. 2nd, it will be great to have an already posed mannequin that have the neccessary or common pose like run, jump, etc, cause i feel the random pose is too random. The app draw modes already complete but if need to add more, adding planes mode would be an extra. The muscle mode need a fix and more 3d or coloured.
more less

did you delete my review? this app sucks. the weight painting on the models is bad, the anatomy is incorrect, and there are basic features missing. don't buy it.
more less

There are no other apps available from this developer. You can compare other apps by clicking on "Add Your Own" below.

- You now get over 550 Inventory items total that can be attached to body. parts
- Added improvements to female mesh deforms

New Feature. Added new inventory system. Allows you to attach 100's of everyday objects to body parts. More items will be added with each new update

Major update in this version including many new added feature requests from artist. Please read the help file for complete info on all new features.

- Added new comic drawing modes.
- Added a red dot when selecting body part. Turn on or off
- 3 Grids planes X Y Z
- New perspective mode!
- Use the Camera Lucida to place your figures in real world shots then take a screenshot.
- and much more!

New Feature. Added new inventory system. Allows you to attach 100's of everyday objects to body parts. More items will be added with each new update

Major update in this version including many new added feature requests from artist.
- Fixed where icon for active figure will change.

Major update in this version including many new added feature requests from artist.

Fixed a GUI issue with IOS 8.2

"Dynamic Hip" - You can now pose the hip using our new dynamic hip pose system. Rotate the hip front or back. You can also do a hip thrust left or right.

- Add enhancements to how the pose controls work with figure touches when figure is near a control.

- Added code to let the app run when switching between another app or when receiving messages or alerts on device.

"New Selection GUI" - Added cool enhancement for body parts selection feedback on GUI Screen. When you select a body part you will see a new feedback Icon system to let you know clearly what you have selected. This also makes it much more easy to pose on smaller screen devices.

"Save Slots" - You can now save multiple poses for both male and female figures. Its simple, just click on the load or save icon. Select the reusable slot you want to save your pose on. You get 40 save slots that can be reused over and over. 20 for male and 20 for female. When you want to load a pose just click on the slots one by one and preview the saved poses.

Added support for icon resize for all types of resolution devices. Icons will now be sized based on screen resolution

50% Off
$22 Off for Students
65% Off
Free Delivery
1 Reward Night
$50 Cash Back
Buy 1 Get 4 Free
$5 Off
Free Gift Pack
2 Free Months
3 Month Free Trial
Free Trial
Register for a free AppGrooves account to...
Access Exclusive Coupons & Promo Codes for the Top Apps & Games
Bookmark, Review and Recommend Apps with the AppGrooves Community
...and So Much More!
Let’s get started!
Already Have An Account? Sign In