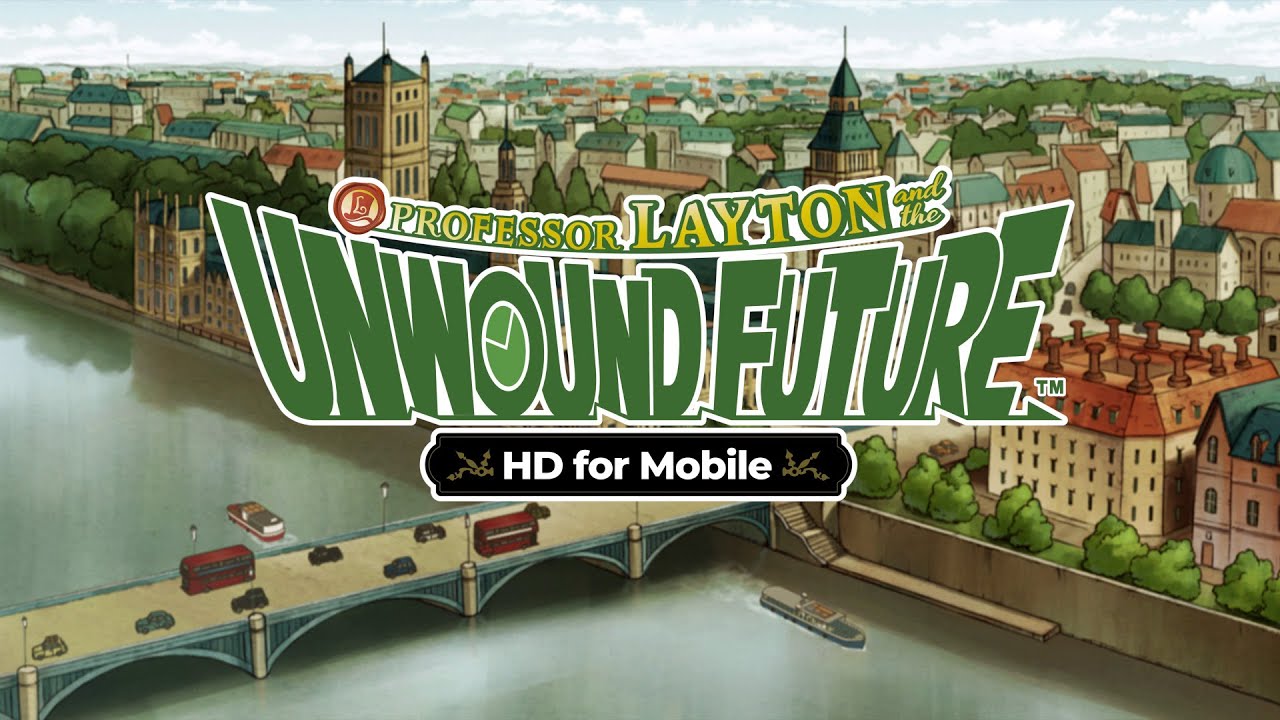 The 3rd entry in the popular LAYTON Series, now on mobile!

About Layton: Unwound Future in HD

The 3rd entry in the popular LAYTON Series, now on mobile!
see more about Layton: Unwound Future in HD

About Layton: Unwound Future in HD

Professor Layton and Luke take on a new mystery that starts with a letter from the future!

With over 17 million units sold worldwide, Professor Layton and the Unwound Future is the third installment of the popular Professor Layton Series, digitally remastered in HD for mobile devices.

These tricky puzzles, designed by puzzle master Akira Tago, accompany a continuation of Professor Layton’s adventure, along with high-definition backgrounds and animation!

— The Story —
After solving a multitude of curious conundrums, renowned archeologist Professor Layton receives a rather peculiar letter.

The sender of this letter is none other than his assistant Luke...but from 10 years in the future! "Future Luke" has found himself in quite a predicament. The London he knows and loves has been thrown into absolute chaos.

Initially thinking that Luke may have simply been pulling his leg with a harmless jest, the professor cannot help but recall the terrible events that occurred the previous week...

The start of which was an unveiling ceremony of mankind's first time machine, attended by many prominent figures from throughout the nation.

During a demonstration, the time machine went out of control and engulfed the audience in a terrible explosion.

Unable to shake the feeling that the time machine's explosion may somehow be connected, Professor Layton and Luke set off to the location mentioned in the letter, a clock shop on Midland Road in Baldwin, embarking on what might be the biggest mystery they have ever encountered.

By far my favorite game in the Layton series. The game fits well on mobile, and the graphical upgrades look great. Unwound Future still holds up very well today, so if you're a fan of puzzles and engaging, heartfelt stories, then this is a game for you.
more less

I have a 12 1/2 inch iPad Pro. It’s large and heavy. Why do developers continue to create iPad games in portrait mode in 2020? It looks like a great game and I will update my review if it turns out to be workable, but that is my first impression. OK, one hour later and I promised I would update my review. This is obviously an iPhone game, not an iPad game. Despite the $14 price tag. I spent 30 minutes trying to transfer the data to my iPhone. It’s not based on iCloud or Facebook, but a login for the developer on their website. Once that was cleared, I went to the iPhone to download the same game data. Turns out I had to go back and link the devices. Did that. Tried again. Turns out I had to go back to the iPad and upload the game data. Tried that twice, crashed both times mid-upload. Tried a third time, got it done. Went to the iPhone, tried to download the saved data, it crashed. Tried again and it worked. Now I’m over it and I’m going to delete it.
more less