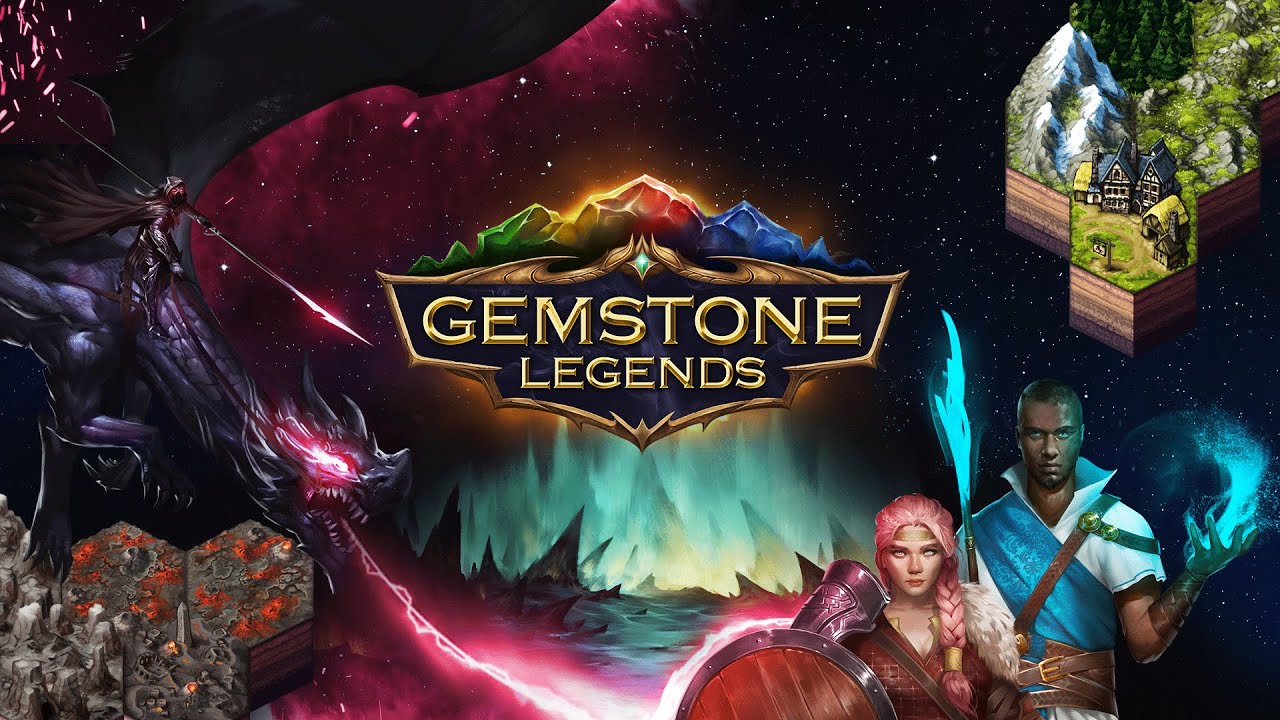 So you sit in the tavern and... boom! The worlds collide, dark magic gets out of control, the fabric of reality is starting to crack. Play for free and save the legendary empires.

In Gemstone Legends - epic RPG match3 puzzle game you'll have many adventures and tactical battles ahead of you.
Gather clans of heroes and start an epic puzzle adventure in high fantasy RPG open world. During the puzzle battles use epic combo attacks and your tactical sense, solve match 3 puzzles and beat powerful monsters to build your empires!

Lead legendary heros & warriors and discover all the secret paths on your way to achieve ultimate victory. Tame a dragon to spread fear among enemy forces. Match your strategy to every battle and complete ultimate quests during game.

Every day visit the fantasy portal to get chance to collect a daily scroll, where you find cards of heroes. Moreover, you can find an epic reward, which can be helpful during the RPG game, at daily calendar.

Be commander during the battles and complete daily missions to get precious resources.
Find allies and play in the common guild. As dragon riders, join forces in battles against the most powerful monsters. Together you will conquer countless treasures.

Gemstone Legends is under development. Your feedback will have a big influence on the further development of the game. We can't wait to read your feedback and suggestions. Please drop us a line and share your thoughts: contact@gemstonelegends.com

I had some issues with glitches during raid battles, so I contacted support and they took care of it right away and sent compensation to my inbox. Guys, please be patient with them, this is a new game and the devs are working hard to make it grow. Its a fun game and the customer support is very responsive.
more less

Nice game.lots of variety of weapons and armour.hero designs are pretty awful .a lot are the same just different colour set...main reason for the low rating is the constant game crashing.usually midbattle so all progress and energy is lost when i restart the game...standard dev reply..contact us..sorry uninstalling as losing too much energy exp and rewards with constant crashes
more less

- We have removed Halloween addons from the app.
- We've added new languages ​​- French and German.
- We have changed the times when in-app events reset.

50% Off
65% Off
$150 in Free Credits
1 Month Free Trial
Free Delivery
$50 Cash Back
Buy 1 Get 4 Free
$5 Off
20% Off
Free Gift Pack
$40 Off
2 Free Months
Register for a free AppGrooves account to...
Access Exclusive Coupons & Promo Codes for the Top Apps & Games
Bookmark, Review and Recommend Apps with the AppGrooves Community
...and So Much More!
Let’s get started!
Already Have An Account? Sign In