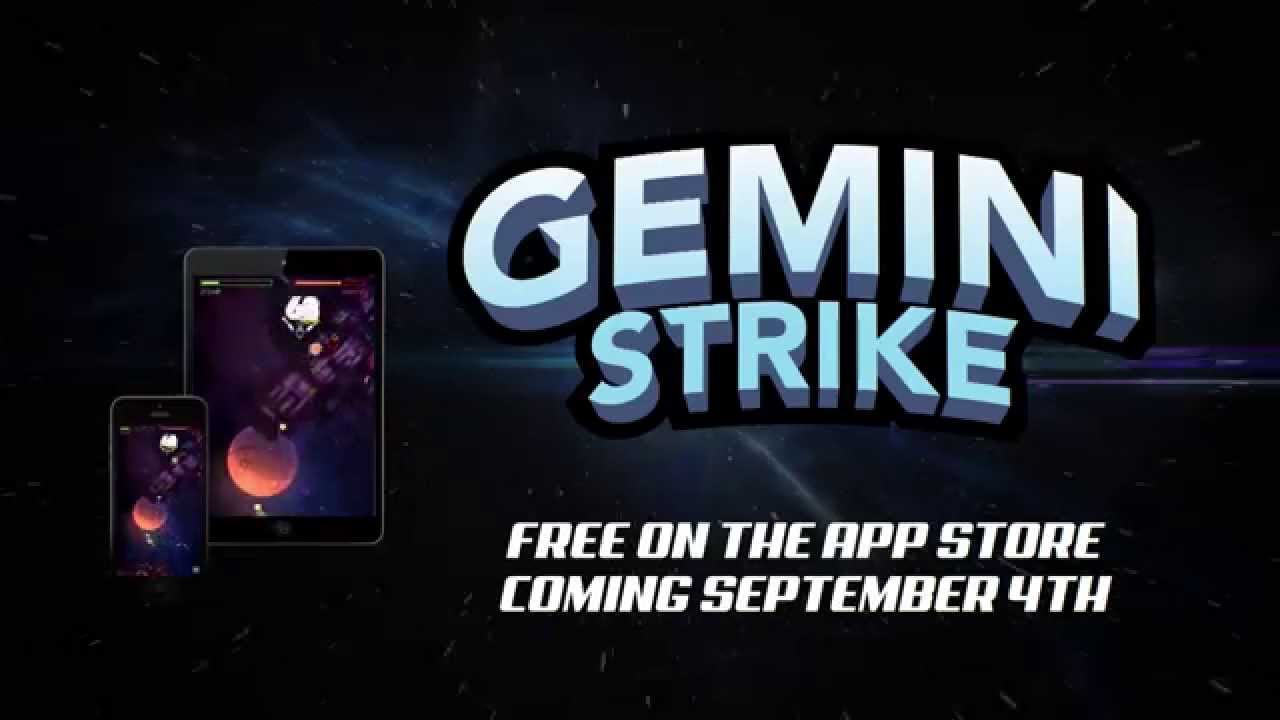 Blast your way through enemy ships, evade fiery asteroids, sneak through blockades and face-off against epic bosses in this action-packed space shooter! Then when the blasting is done, raid cargo ships to find procedurally generated items to customize your fighter.

With a zillion different modules to mix and match (shields, missiles, lasers, beams, healing, EMPs) you are never short of ways to turn squads of enemies into beautiful cosmic fireworks.

With a catchy techno soundtrack and enemies that fill the screen with projectiles as dazzling as they are deadly, it's perfect old-school action for as little or as long as you have time to spare. Classic arcade action with a modern stylistic flair, Gemini Strike is a challenging space shooter that will test your skills but keep you coming back for more.

TL;DR: I want the developers to pay attention to this game again and update it and fix some bugs. I’ve been playing this game since I got my first iPhone (an iPhone 5), and I love it! I just wish the devs would come back to it and update it. There’s only a few bugs, which I’m sure they could invest some time into tackling. Whenever I complete the bounty missions or the raid missions, I have to close the app entirely and re-open it, just to refresh the missions so they show up again. Also, it would make sense that the further in the game you are, the better gear you are awarded.
more less

This could be a seriously awesome game with a few tweaks, but as it is right now, I'm finding it very difficult to play this game. The idea is good, just not well executed. What I'd like to see the devs do is: 1. Make the freaking ship LARGER!!! You can barely see it on the screen. 2. Change the color of the ship so it doesn't blend in with the background. 3. Keep that darned screen still! It's movement is making me air sick. 4. Make it co-op capable, so friends can team up to play.
more less

* Fixed a bug that sometimes did not allow you to purchase Core ships without having enough Credit.
* Fixed glitchy dialogue sequences.
* Burn effects no longer shakes the screen.
* Removed Everyplay to reduce lag on some devices.

* New Raid Missions - fight massive bosses that drop a powerful item that can be used to build the best ships.
* New story and characters all the way up to Sector 100.
* You can now preview drive any ship before deciding to buy them.
* Two new and powerful bosses.
* Six new item modules.
* New enemies and mechanics.
* New music tracks.
* Added option to reset the story without resetting game progress.

* Added Relative Touch Control scheme (can be adjusted in the options menu).
* Improved framerate in iPhone 4.
* Prevent bosses and elites from moving off-screen.
* Fixed a bug where upgraded items don't scale properly.
* Nerfed Sector 2 Platform and Boss
* Adjusted Gem cost of upgrading for Tier 4 and 5 (NB: Gems income inflates at higher level, but upgrades costs do not)
* Game Center Achievements now added back into the game.

50% Off
65% Off
$150 in Free Credits
1 Month Free Trial
Free Delivery
$50 Cash Back
Buy 1 Get 4 Free
$5 Off
20% Off
Free Gift Pack
$40 Off
2 Free Months
Register for a free AppGrooves account to...
Access Exclusive Coupons & Promo Codes for the Top Apps & Games
Bookmark, Review and Recommend Apps with the AppGrooves Community
...and So Much More!
Let’s get started!
Already Have An Account? Sign In