1.9.60
107MB
UltraAndre
Simulation Games
English
Everyone
No
See all information 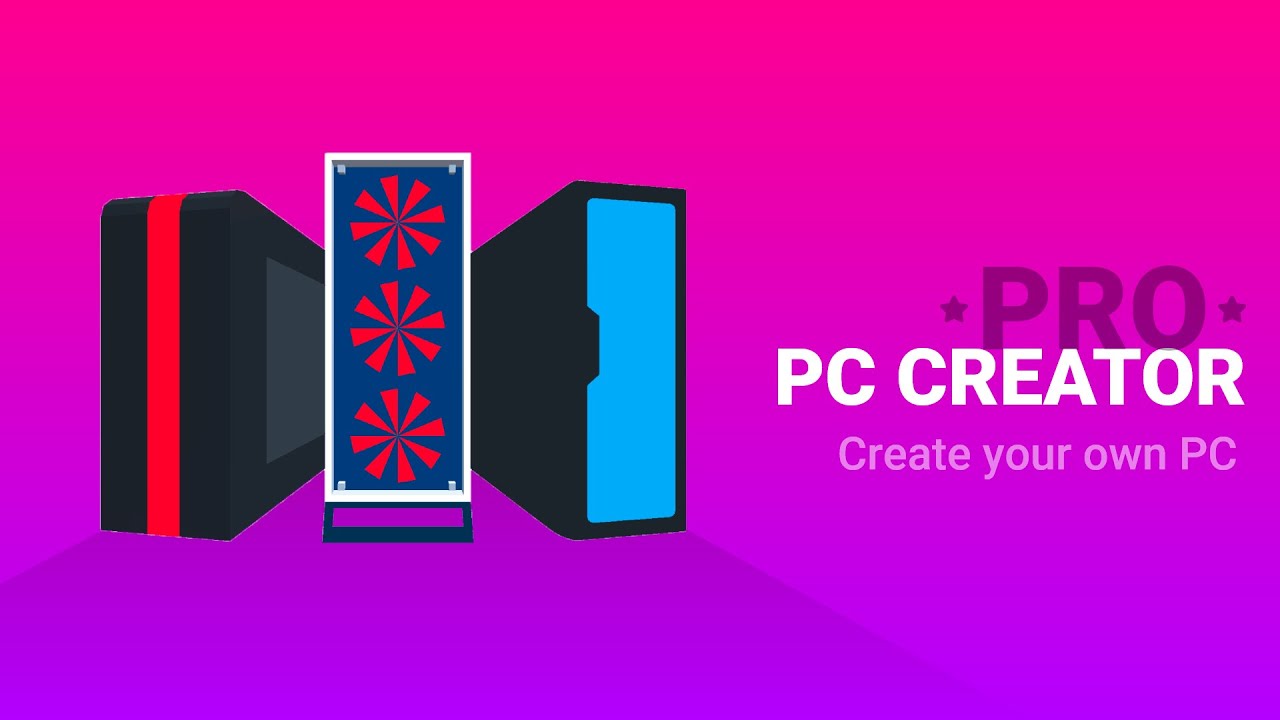 Create an empire of computer business that will be popular all over the world.

Create an empire of computer business that will be popular all over the world.
see more about PC Creator PRO - PC Building Simulator

Do you dream of creating your own computer business? Then you hit the target.
PC Creator PRO is exactly the game that will help you realize your dream! It will not only implement, but even exceed the expected result.
Why do you need to play PC CREATOR PRO? You'll find out about it in a minute.

PC Creator PRO is an improved version of the PC Creator game! This is what all the players have been waiting for for so long. You have not seen so many new features and improvements that will really provide you with an interesting and long game.
PC Creator PRO is a unique novelty in the gaming industry, it is a fascinating path from a beginner to a professional, which will lead you to an ideal and carefree future.
There is no advertising in the new PC Creator PRO game. And it's a great way to focus on the game.
There was no such abundance of components as in PC Creator PRO in any other game. New components will help you build a lot of powerful PCs.
We are sure that you want to know what there is in your computer, so we have created a 3D PC assembly for you. But this is not just a 3D build, but an AR mode build. Now you can put the processor somewhere in your room and walk around it. As a result, you will be able to see all the hard-to-reach components inside of your computer. It's like a virtual reality in the present time, which will help you understand better how the PC works and what components it includes.
With these new products, you will be able to accept a large number of orders, but now they will be much more interesting and will have a completely new type and character. This will also increase your stream of regular customers and your stable income, which will increase every time.
Thanks to the night mode, it is convenient to play not only during the day, but also in the evening.
Such number of updates in the game will certainly interest every player. So, do not hesitate and hurry to win in PC Creator PRO.

It is a fairly good game, one of the more common ones i play, and its fun, but there is one main problem. The game becomes repetative. What i think would be cool is if your character started from 2007 and you progress through time all the way until modern times in order to keep refreshed with new PC components. I know this would be difficult, so i would understand if it isnt any time soon, and this is nust a suggestion for the future that i think could make the game more interesting.
more less

Honestly I love the game called Pc Creator and it free and I have a good experience of learning how it work. My expectations of the this new game was high and I was highly disappointed. The dev said there will be no ads but while there is ads it doesn’t even work. You are forced to use your mine (bitcoin) coin when you don’t want to. The game was basically the same from pc creator, and somehow it have more bug then the old one. Sure it has 3D mode of what you building but it not even good, it have too many bug. I can’t help but think, it this done on purpose? In the inventory you can’t sell anything and every time I want to remove a part, it somehow remove other part I don’t want to. And the way you have to remove the case is god awful. To remove it, it faster but to put back on, You have to wait 2 seconds for each screw. There is nothing pro about this game. It not even worth 5 dollars. I rather go back to the original game Pc creator. The only good idea in this game is that you can buy part while creating. FIXED THE INVENTORY SELL BUTTON AND ADD MULTI-SELECT
more less